Play4Keeps Podcast | Historical plays bring the past to life: A conversation with Jeannine Grizzard and Leslie Slape 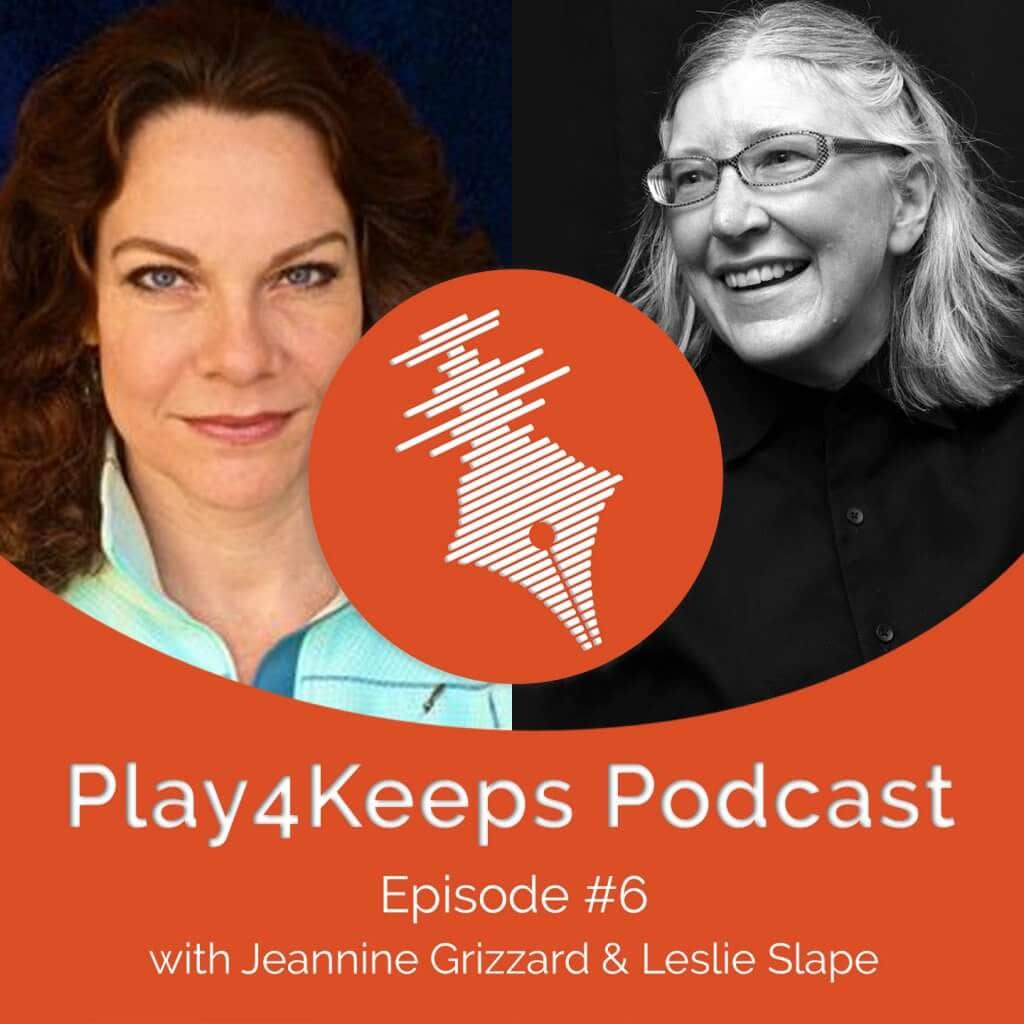 What do you get when you bring together two playwrights to discuss their historical dramas? You learn so much more than you knew before! Jeannine Grizzard brings to life women’s suffrage leader Emmeline Pankhurst in her one-woman show PANKHURST: FREEDOM OR DEATH. In THE HARDER COURAGE, Leslie Slape shares the moving story of a friendship between a sheriff and a condemned prisoner in Cowlitz County, Washington, in 1891.

Both plays are available in the Play4Keeps premium collection. THE HARDER COURAGE will be available on the free podcast beginning next week! It’s also receiving a workshop production at Theatre 33 in Salem, Oregon, August 7 – 11, 2019.

Listen to PANKHURST:FREEDOM OR DEATH here. Listen to THE HARDER COURAGE here.

Jeannine Grizzard is a playwright, instructor, and actor specializing in one-woman shows. She has been the producing artistic director of Ashland Contemporary Theatre since 2010. Previously, she co-founded a professional educational company, Georgia Mountain Theatre, touring five states in the Southeast with Shakespeare plays, American classics and original children’s musicals.

Leslie Slape is new to playwriting, but spent 34 years writing for The Daily News in Longview, WA—working her way up from classified ad salesperson to award-winning reporter—and has performed as a professional storyteller since the 1980s. THE HARDER COURAGE is her first solo play and was a 2018 finalist at Ashland New Plays Festival.