Steven Haworth was Writer-in-Residence at 2018’s Seven Devils Playwrights Conference, working on his play Monkey in the Shade. He wrote Fernando, which opened the Obie Award-winning Ice Factory Festival 2017 at the New Ohio Theatre (New York), and was also a winner at the Ashland New Plays Festival and the First Look Festival in Los Angeles.  He was commissioned to write [home] or The Quest for the Lost Tablet of Ur for Zoo District in Los Angeles; it received five LA Weekly, a Garland, and Ovation award nominations.

Steven was a founding member and Associate Artistic Director of the Project III Ensemble Theatre in residence at New York’s Ohio Theatre, where he wrote Dark Age, directed The Grand Ceremonial, and performed in many productions.  As an actor he has performed in New York, Los Angeles, and regional theatre. He is a recipient of the Central Michigan University WCDAC Michael Goldberg award and has an MFA in playwriting from Carnegie Mellon University. 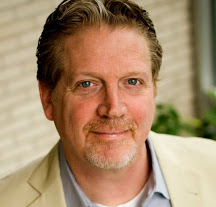