Oded’s plays have been produced throughout the United States and abroad, most notably at Oregon Shakespeare Festival, Idaho Shakespeare Festival, Great Lakes Theater, The Theatre at Boston Court, and The Moscow Art Theatre in Moscow, Russia. His adaptations include Moliere’s The Imaginary Invalid, Goldoni’s The Servant of Two Masters and Gogol’s The Government Inspector (aka The Inspector General), for which he also wrote the music.

His play Dantino’s, an original Commedia Dell’Arte that tackles the controversial issue of gay marriage, was developed at Oregon Shakespeare Festival’s Black Swan Lab and was a finalist for the 2017 Eugene O’Neill National Playwrights Conference. His play Heart Attack With A Knife, a murder mystery farce, was produced at Northern Kentucky University’s prestigious Y.E.S. Festival and developed at The Workshop Theatre. Tragedy, a comedy dealing with the inevitability of tragedy, was selected for the New Plays New Jersey Reading Series at the Bickford Theatre. Butterflies and Margarine was a semi-finalist for the George R. Kernodle Playwriting Competition and selected to be part of the 2017 Renegade Theatre N.O.W. Festival. His most recent play, A Solution of Sorts, was included in the Athena Theatre Company’s new play development series Athena Reads.

His adaptations as well as his original productions have garnered numerous Critics Picks and nominations including Best Adaptation by LA Weekly, Backstage West and LA Stage Times for The Government Inspector and LA Weekly’s Critics “Pick Of The Week” for his one act The Comedy of Romeo and Juliet.

He received his degree in drama from Brandeis University. He is a proud member of the Dramatist Guild and an even prouder husband and father of two beautiful children. 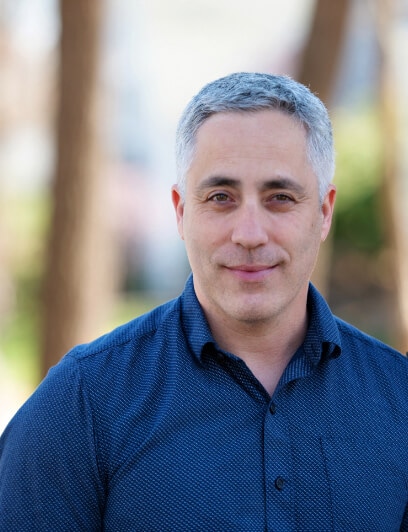