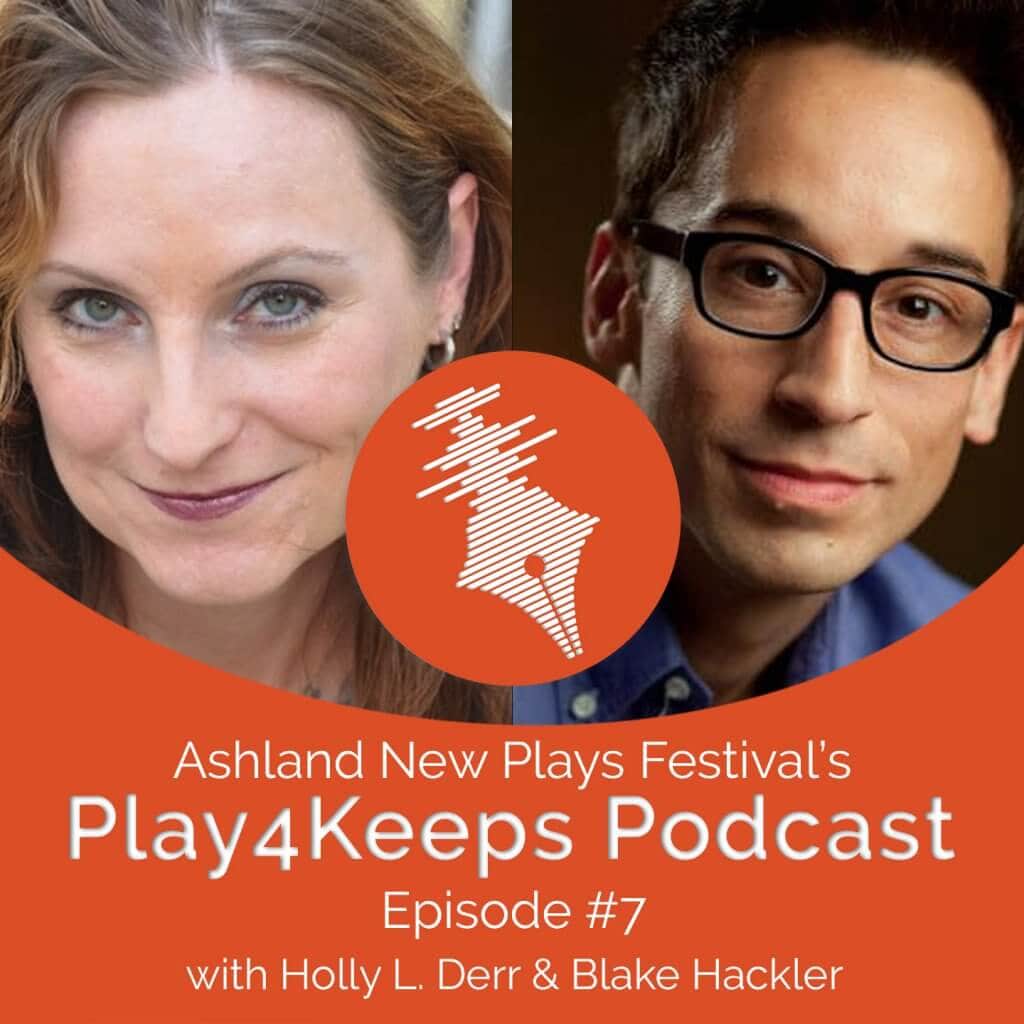 Welcome to this week’s episode where Blake Hackler and Holly L. Derr reconnect after working with each other at Ashland New Plays Festival in 2017 on Blake’s winning play WHAT WE WERE. They catch up on their academic work and dive into the importance of inclusion and diversity of voices in the theatre, their creative work and process, thoughts on the plays of Henrik Ibsen, hearing cicadas again, finding landscapes and space through the language of plays, gender-flipping roles, fake beating people up, the patriarchy of some acting methods, and the world premiere co-production of WHAT WE WERE – with opening night tomorrow, Friday, August 30, 2019, at Second Thought Theatre in Dallas, running through September 21, and its co-production run at Circle Theatre in Fort Worth from September 26 to October 19, 2019. If you’re in Texas, go see it!

WHAT WE WERE was our very first recording on our ANPF Play4Keeps Podcast. It holds a special place in our hearts. It’s an incredible story, beautifully told. Listen here: https://ashlandnewplays.org/play4keeps-podcast-free-full-play-what-we-were-by-blake-hackler/

Blake Hackler is an actor, teacher, director and playwright. He currently holds faculty positions at Yale University and Southern Methodist University. His plays and musicals have been produced in Dallas, Chicago, and New York.

Holly L Derr is a writer, director, and professor of theater. She directs new plays and gender-flipped classics. She is the Head of Graduate Directing at the University of Memphis as well as a feminist media critic who writes about theater, film, television, video games and comics.

*WHAT WE WERE co-production world premiere information*