Play4Keeps Podcast | I love a four-letter word: A conversation with Ian August and David Hilder 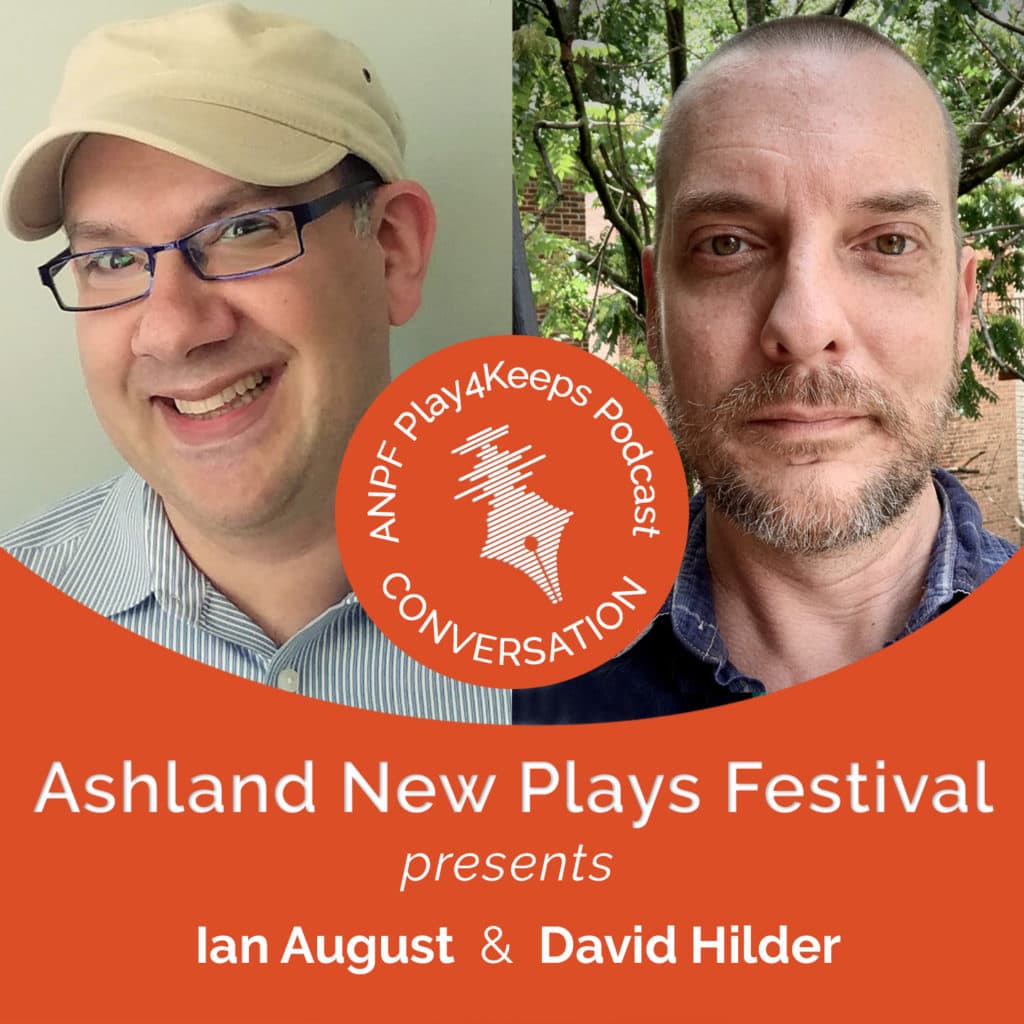 Ranging from hilarious to heart-full, this conversation between playwrights and friends Ian August and David Hilder delivers it all. They discuss their ANPF 2020 winning plays ZERO and THOSE DAYS ARE OVER, respectively, sharing the stories behind the plays. David shocks Ian with how quickly he drafted THOSE DAYS ARE OVER, and Ian shocks David when he learns about Ian’s benchmarks for submitting his work to festivals. They talk about acting as the gateway drug to playwriting and discuss both the personal and the political in their art during the current political and pandemic climate we find ourselves in:

“ZERO is not a political play,” says Ian, “but I do think that it touches on themes – addiction and apathy – that are hugely political, so those are things that I’m thinking about. It’s not surfacing in a way that says this play is about politics. Most of the work that I’m doing right now is trying to sort of tell the story that I want to tell, and as I’m telling it I’m realizing it’s more political than I think I even intended when I started it.”

Ian August is an award-winning, internationally produced playwright. His play The Excavation of Mary Anningwas a winner at Ashland New Plays Festival in 2018, and an audio recording of his play Donna Orbits the Moon is available on ANPF’s Play4Keeps Podcast. His works have also been developed with the Powerhouse Theatre Season with NY Stage and Film, the Great Plains Theatre Conference, Orlando Shakespeare Theatre, NJ Repertory Company, Writers’ Theatre of New Jersey, Wordsmyth Theatre Company, City Theatre of Miami, the Garry Marshall Theatre, UC Davis Dept of Theatre and Dance, Passage Theatre Company, the Philadelphia Artists Collective, the Williamstown Theatre Festival, the NY and Edinburgh Fringe Festivals, and elsewhere. He is an alumnus of Goddard College (MFA) and the Philadelphia playwriting workshop The Foundry. He lives in Lawrenceville, NJ, with his husband, set designer and performing arts teacher Matthew R. Campbell, and his two cats, Lentils and Kimchi.

Learn more about Ian, David, and all the ANPF 2020 winning playwrights here: ashlandnewplays.org/fall-festival/

Get your tickets to their plays here: https://www.showtix4u.com/events/17627