Play4Keeps Podcast | Creating the World We Want to See: A Conversation with Reginald Edmund and Kyle Haden 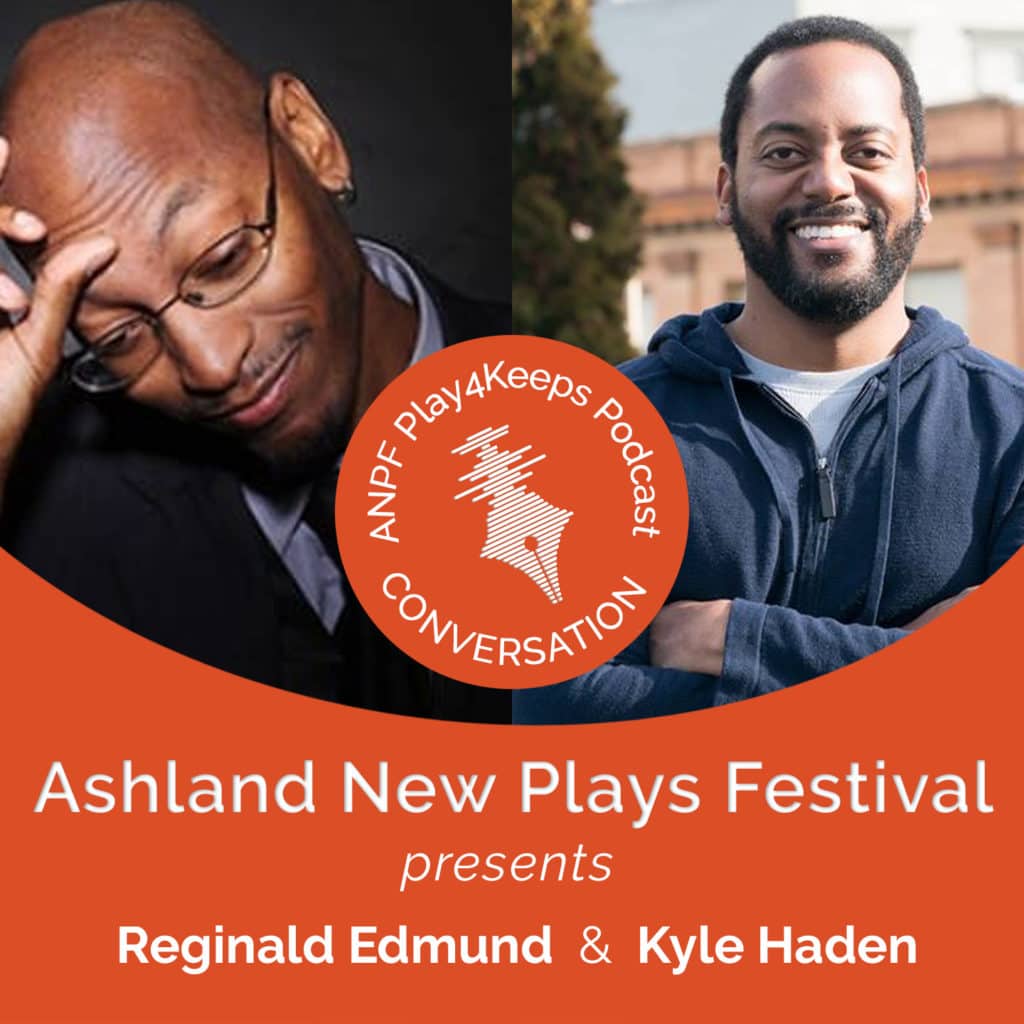 Art, race, activism, smoothie diets, and the future of American theatre. There’s lots on the table in this conversation between friends and multi-hyphenate theatremakers Reginald Edmund and Kyle Haden. They get personal, from discussing their experiences as Black men and artists, to making each other laugh and appreciating how they balance one another. They also talk about the work they’re doing to amplify Black stories, like with the activist theatre organization Reginald founded, the Black Lives, Black Words International Project.

Reginald Edmund is the founder and managing curating producer for Black Lives, Black Words International Project. Inspired by #BlackLivesMatter, this project gives voice to some of the most contemporary political black writers from the US, Canada, and the UK, asking them to explore the question “Do black lives matter today?” In addition, he is a resident playwright at Tamasha Theatre in London, England; an alumni resident playwright at Chicago Dramatists Theatre; an artistic associate at Pegasus Theatre-Chicago; and an artistic patriot at Merrimack Repertory Theatre. He was also a 2010-11 Many Voice Fellow with the Playwrights’ Center.
You can listen to his play SOUTHBRIDGE on the ANPF Play4Keeps Podcast today: https://ashlandnewplays.org/play/southbridge/

Kyle Haden is now in his sixth season as artistic director of ANPF as well as an Equity actor, director, and assistant professor of acting at Carnegie Mellon University. On stage, Kyle has performed at regional theatres nationwide, including the Oregon Shakespeare Festival, Guthrie Theater, Shakespeare Theatre, Chicago Shakespeare Theater, and more. He most recently performed in the world premiere of We Are Among Us at City Theatre. As a director, Kyle was named a 2018 Drama League Directing Fellow, and has directed various productions across the country, including the world premiere of Hazardous Materials (ANPF 2016) at Creede Repertory Theatre. He is also a Senior Coordinating Producer with Black Lives, Black Words International Project.