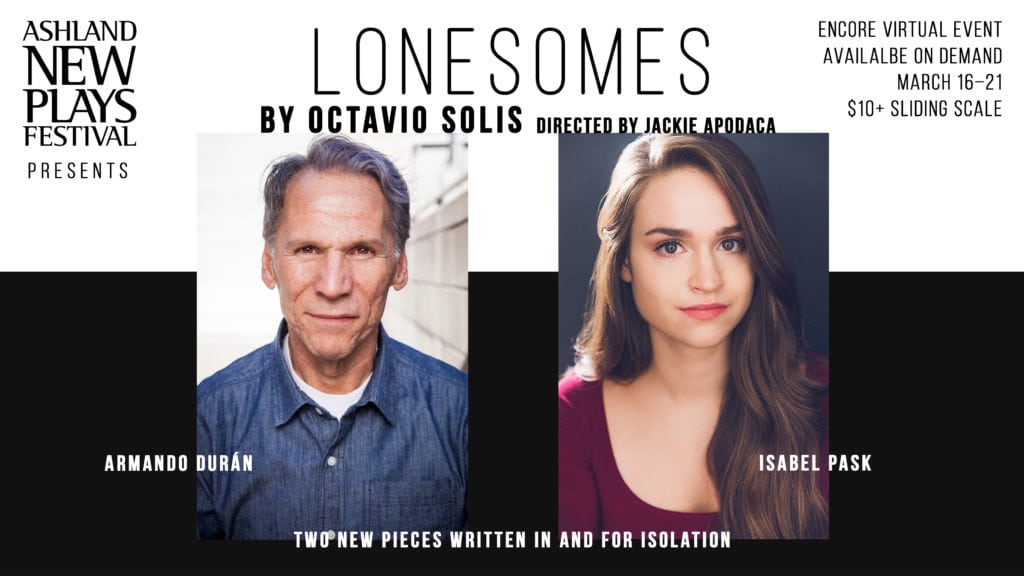 After a successful two-day run of Lonesomes by Octavio Solis in February, Ashland New Plays Festival is bringing the play back for an encore with the release of a newly recorded performance, available to stream on demand this March 16 through 21. Tickets are now available with sliding scale pricing.

“Lonesomes was such a special event,” says the show’s director and ANPF Artistic Director Jackie Apodaca, “I've done some virtual readings and Zoom theatre, sure, but getting to work on a script written expressly for our remote world was freeing. I hope this release gives a wider audience the chance to see Octavio's work, and the brave, personal performances given by Armando Durán and Isabel Pask.”

While several hundred people were able to join the artists for the live performances, ANPF received many requests to make the play available to a wider audience. Audience members also shared the strong impact this theatrical experience had on them.

“Incredibly powerful piece,” wrote one audience member during a talkback following a performance, “So many emotions traversed in turns of phrase that were alternately raw and refined. Then to have the story, the characters, everything so relevant to the Zoom format in which it's performed and experienced. Absolutely brilliant. I’ll be thinking about this for a while.”

“Relentless heartbreak,” another shared, “reveals the power of love to redeem even the unforgiven.”

“Thanks so much for portraying the alienation and sadness that have resulted from the lockdown–with both energy and a smidgen of hope coming through to us at the end.”

For Solis, the inspiration for this new work comes from the pandemic and how “the loneliest people would be those already quarantined by life and its cruel circumstances, long isolated by a different kind of social pandemic. These souls would be uniquely suited to survive any long-term social distancing required of them.”

Written specifically to be performed over a platform like Zoom, audiences mentioned its seamless quality.

“The setting was so engrossing, because we didn't have to suspend the disbelief of the screen.”

"The demand for this work,” says Apodaca, “which speaks so eloquently to our current isolation, was astounding. We at ANPF knew we had to make the piece more broadly available. There will never be a better time to soak in these words, written during Solis' recovery from COVID, as a balm to our communal loneliness."

NOTE: This play features mature themes and may not be appropriate for younger audiences. 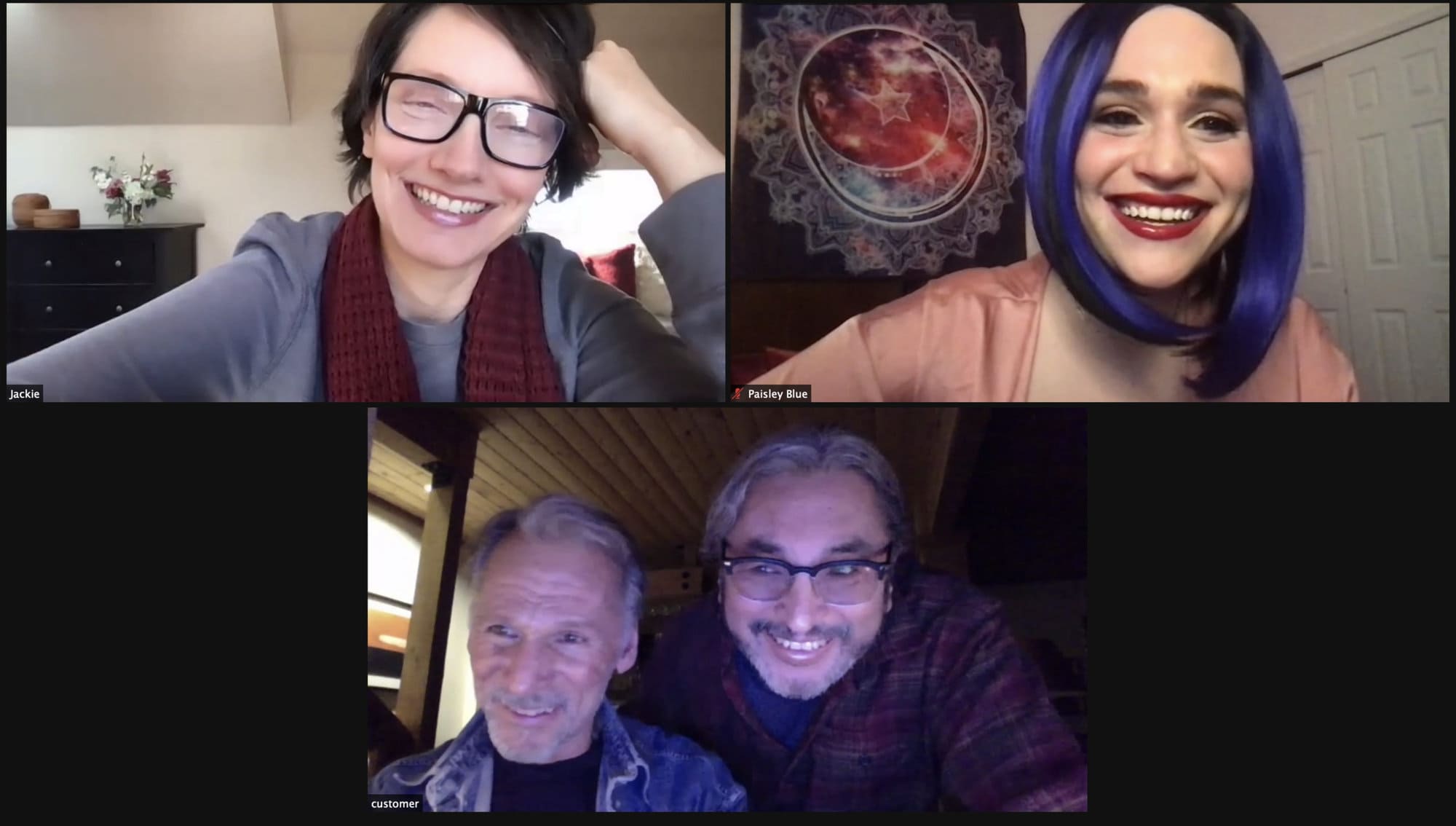