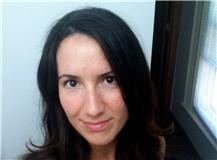 Jami Brandli’s play The Sinker had its world premiere at HotCity Theatre in St. Louis in May 2010, and she was recently a visiting playwright at the 2010 WordBridge Playwrights Lab. Jami lives in Pasadena with her husband, Brian Polak, where she’s at work on scripts for both stage and screen as well as writing a novel. At her day job, she teaches writing at Lesley University’s MFA program in Boston. Technicolor Life is the winner of the 2010 John Gassner Playwriting Award.

In Technicolor Life, war hero Billie Hunter, recently home from Iraq with a missing left hand, is angry and secretive. Her adoring teenage sister, Maxine, discovers Billie’s diary, a highly charged account of what Billie endured in Iraq. Enter Franny, the flamboyant grandmother, who formulates a plan to help Billie and in the process makes an announcement that throws the entire family into chaos.

The Exceptionals by Bob Clyman 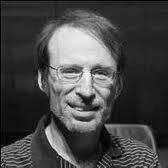 Bob Clyman‘s works have been produced across the nation at leading repertory theatres from California to New York. His awards include a Eugene O’Neill Summer Conference Fellowship, an Edgerton Foundation New American Play Award, an Edward Albee Foundation Fellowship, and a nomination for an Outer Circle Critics Award for best script in 2008.

In The Exceptionals, Gwen and Allie meet at a research institute that has matched both of them with sperm donors whose IQs top 180. Instant adversaries, both women have guilty, deeply held secrets that are gradually revealed. Tension mounts as they find the institute imposing control over their children, and each is forced to make a decision that will test her values and ambitions. Are children to be the sociopolitical pawns of the future?

A Gold Star in the Window by Harlene Goodrich 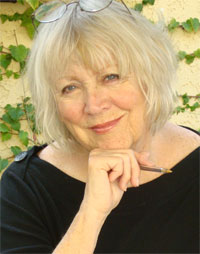 Harlene Goodrich is a late bloomer, having returned to the University of Southern California at age 50 to earn a master’s degree in professional writing. Since graduating she has won playwriting competitions in California, Iowa, and New York. Her short play Picture Perfect was published by Samuel French in the Best of Off-On Broadway series for 2006. She filled six journals extolling the beauty of the California coastline when she and her husband walked from the Mexican border to Oregon in 2005.

In A Gold Star in the Window, Mardelle, mourning the death of her veteran son, is outraged by the government’s refusal to honor him with a gold star to hang in the window. Her husband, daughter, and son-in-law are opposed to the gold star because it will draw attention to the way he died. Over the course of one afternoon, an apparition pays a visit, quarrels escalate, jealousies are revealed, and patriotism is redefined.

The Insidious Impact of Anton by David Hilder

David Hilder’s short play just exactly like was a finalist for the 2010 Heideman Award. His other plays and musicals have been produced in New York by Raw Impressions, theAtrainplays, Ensemble Theater Studio, and many more. David is also a director and a recovering actor.

In The Insidious Impact of Anton, Francesca, a hip, audacious urbanite with a wicked sense of humor, has challenged and insulted everyone around her. Her self-satisfied ways have become tiresome to her friends and family. Then she meets Anton, a mysterious stranger, and the oddest things begin to happen. What is the insidious impact of Anton?

The Insidious Impact of Anton was performed Thursday, October 21, at 8 p.m. and Saturday, October 23, at 2 p.m.

E.M. Lewis, an ANPF 2008 winner with her play Song of Extinction, is returning to Ashland this year as our ANPF 2010 host playwright, welcoming this year’s winners, leading the talkbacks, and teaching a playwriting workshop.

Lewis won the 2009 Steinberg/ATCA New Play Award from the American Theater Critics Association for Song of Extinction, which premiered in Los Angeles, produced by Moving Arts at [Inside] the Ford. The play also won the University of Oregon’s EcoDrama Festival, the Ted Schmitt Award for the premiere of an outstanding new play from the Los Angeles Drama Critics Circle, and Production of the Year from the LA Weekly Awards. It was published in Dramatics magazine and by Samuel French, leading to productions in the Edinburgh Fringe Festival and Ion Theater in San Diego over the summer and at the Guthrie early next year. Lewis also wrote the Primus Prize–winning Iraq War hostage drama Heads and Infinite Black Suitcase, about a group of people dealing with tragedy in rural Oregon. Lewis is a member of Moving Arts Theater Company, the Dramatists Guild, the International Centre for Women Playwrights, and the Alliance of Los Angeles Playwrights. She is originally from Oregon, lived in Los Angeles for quite a while, and is at Princeton University now—the recipient of a 2010–2011 Hodder Fellowship—working on a new play.

Testimonials from the winning playwrights