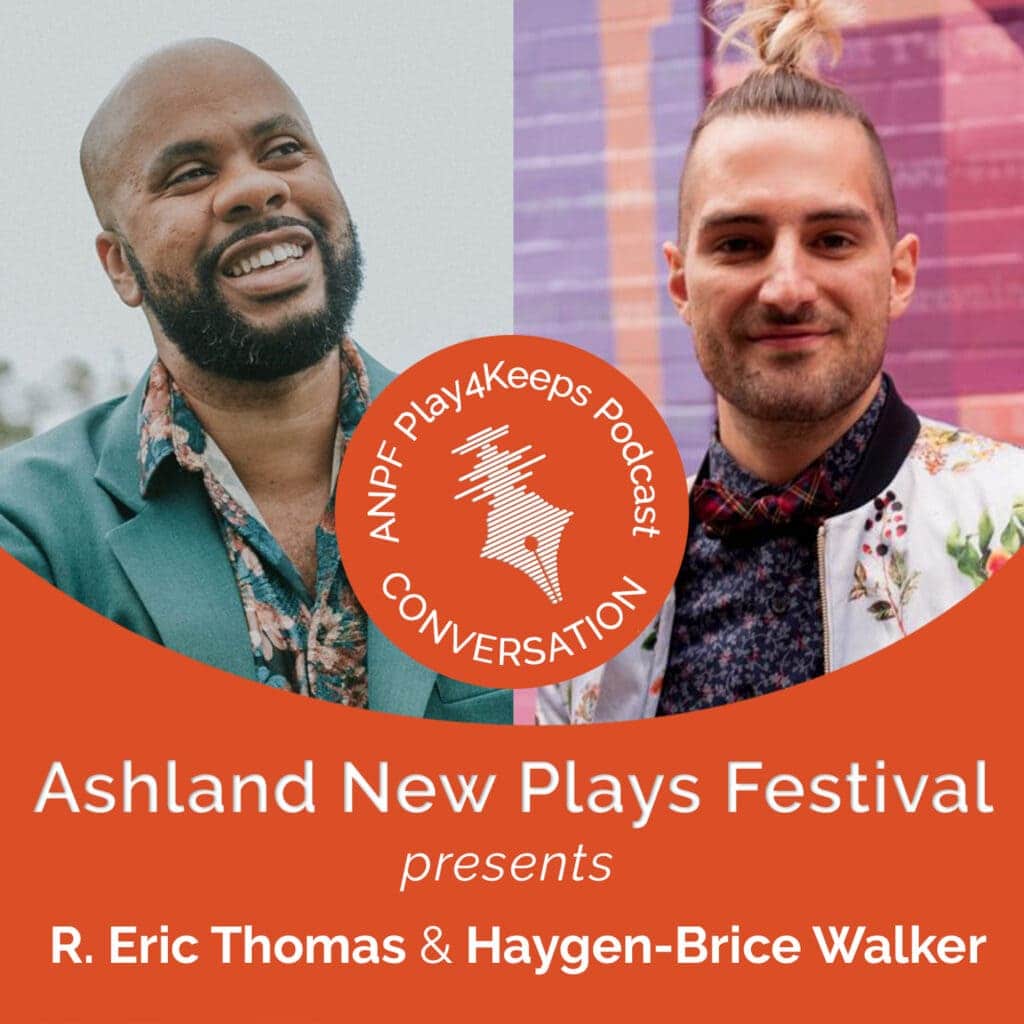 You’ll be laughing from the word hello with these two: from ill-fitting corduroy pants during fashion week to stipends spent on Buffalo Wild Wings, take a journey with R. Eric Thomas and Haygen-Brice Walker. They discuss their experiences at Nashville Rep’s Ingram New Works Project, which is directed by ANPF 2018 winner Nate Eppler, as well as how they see their work. They cover everything, including comfort zones as writers, sex and queer experience on stage, the special vibes and challenges of self-producing fringe shows, teaching yourself to write screenplays, and more—including sending earnest, heartfelt texts to J.Lo.

R. Eric Thomas is an award-winning playwright and humor writer. He is the recipient of a 2017-2018 National New Play Network commission for the play NIGHTBIRD and the 2018 Dramatists Guild Lanford Wilson Award. We recorded his new play MRS. HARRISON on the ANPF Play4Keeps Podcast. He is also a  senior staff writer at Elle.com, where he writes the daily humor column “Eric Reads the News.” He is the long-running host of The Moth in Philadelphia and Washington, D.C., and his newly released memoir Here For It: Or, How to Save Your Soul in America is out now. Lin-Manuel Miranda said of Eric: “Pop culture-obsessed, Sedaris-level laugh-out-loud funny . . . [R. Eric Thomas] is one of my favorite writers.”

Haygen-Brice Walker is a Puerto Rican-American playwright-creative producer, born and raised in the American South and currently dividing his time between Philadelphia and Minneapolis, where he is the 2018-2019 Jerome Many Voices Fellow at The Playwrights’ Center. His work is a kaleidoscopic clash of caffeine, history, pornography, violence, pop-culture, myth, and magic. Haygen-Brice is the co-founder of ON THE ROCKS, which Broad Street Review hailed as “the most explosive fringe company in years”.