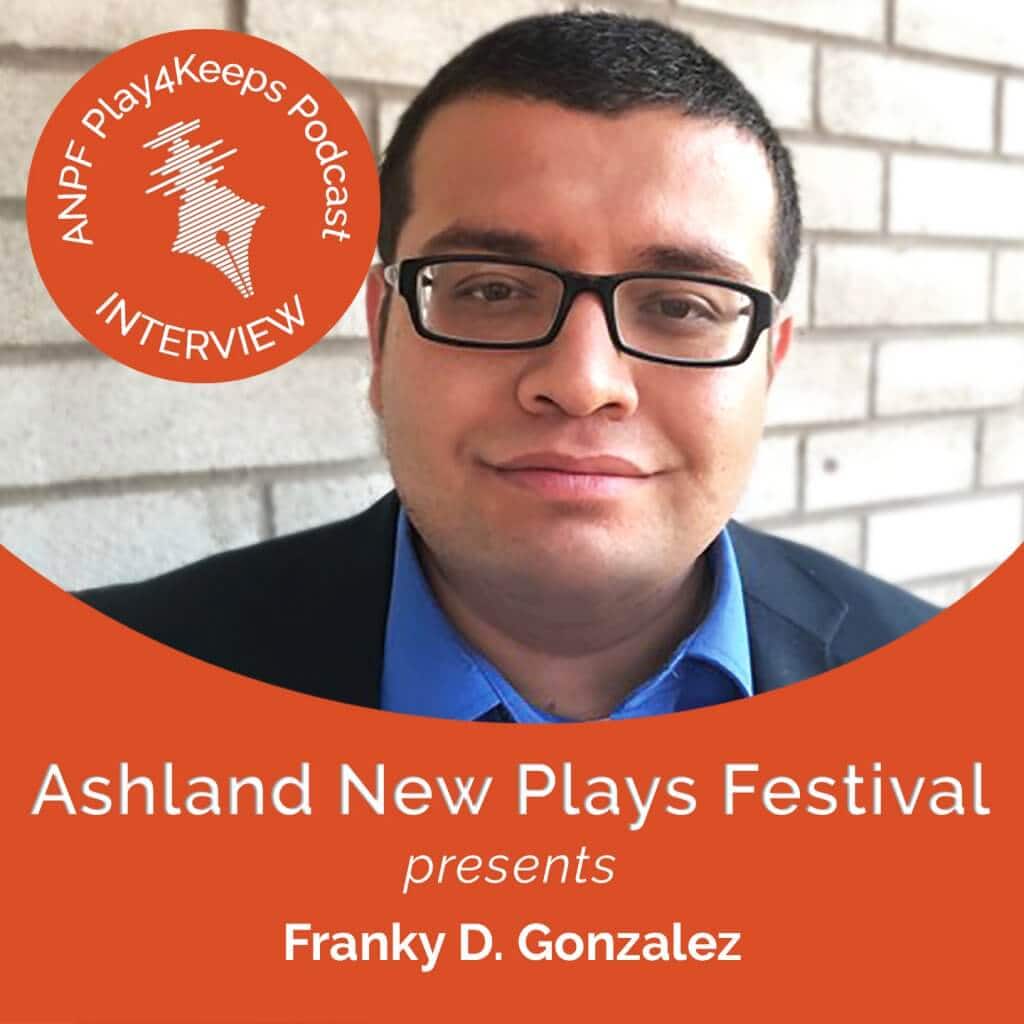 What do Big L’s song “Furious Anger” and Samuel Beckett’s WAITING FOR GODOT have in common? Both were inspirations for Franky D. Gonzalez’s new play EVEN FLOWERS BLOOM IN HELL, SOMETIMES, an ANPF 2019 finalist which we recorded for the ANPF Play4Keeps Podcast. The story follows five inmates looking for meaning in the face of isolation during a 25-year prison sentence.

Franky joins us today on the podcast to share the personal roots of this story, how he uses music to compose a scene, what he wants audiences to gain from the play, and more. He explains that he wants this story to share hope with those serving time. “You don’t lose your humanity… It doesn’t mean that you’re any less than, just because you got a number attached to your name.”

Franky D. Gonzalez is a playwright and TV writer whose work has been featured across the country. EVEN FLOWERS BLOOM IN HELL, SOMETIMES was a semi-finalist for the Eugene O’Neill National Playwrights Conference and was selected for development by the Repertorio Español’s Nuestras Voces National Playwriting Competition, the Great Plains Theatre Conference, and the Lark’s 25th Annual Playwright’s Week. Franky is originally from Queens, NY, but moved to Dallas and recently spent time living in Los Angeles while working as a writer for the popular Netflix series “13 Reasons Why”.

Be sure to subscribe to the ANPF Play4Keeps Podcast wherever you listen to podcasts! Our next release will be EVEN FLOWERS BLOOM IN HELL, SOMETIMES, featuring Cameron Davis, August Gabriel, Paul Michael Garcia, Angela Hernandez, Grant Luecke, Alexander Palacios, Vilma Silva, Carlos-Zenen Trujillo, and Delvin Williams. Episode air date: 2.10.20.

The ANPF Play4Keeps Podcast is created in beautiful Ashland, Oregon.