Play4Keeps Podcast | Friendship and collaboration: A conversation with Victor Lesniewski and Kareem Fahmy 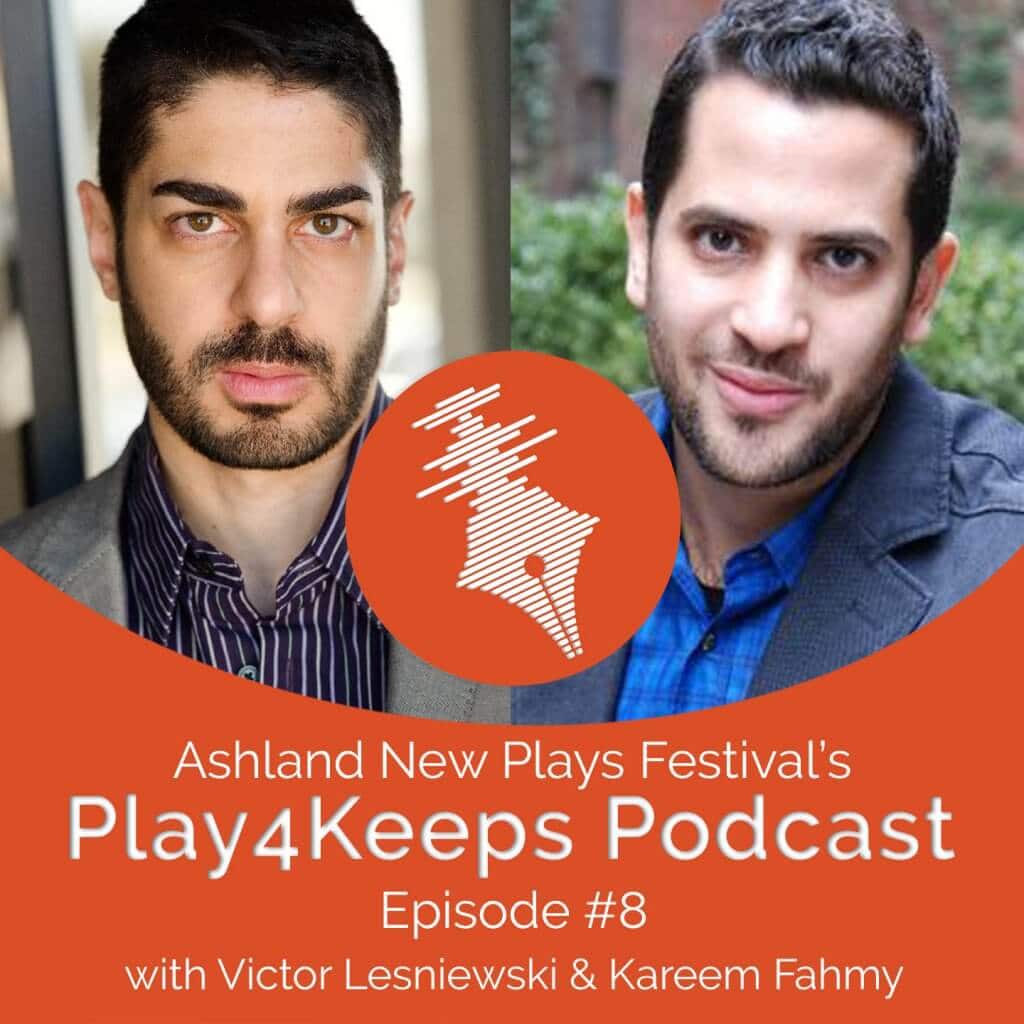 Jump into a conversation between friends Victor Lesniewski and Kareem Fahmy. They share what they’ve collaborated on as playwright and director over the last 10 years, delving into the details of their process developing new plays, their discovering and nurturing collaborative sparks with other theatre creators, their experiences with play development outside of New York, and what gets them out of bed in the morning with theatre-making. In particular, as a playwright, director, and theatre advocate/consultant, Kareem is excited about what the future holds for expanding and broadening the landscape of Middle Eastern-American theatre. Here’s to the future of more plays, more collaborations, more friendships!

Kareem Fahmy is an NYC-based theatre director and playwright who focuses on the development of new plays and adaptations of work for the stage. He is a 2019 Sundance Theatre Lab Fellow, the 2019 Phil Killian Directing Fellow at Oregon Shakespeare Festival, and was a 2017-2018 National Directors Fellow. He is also a founder of Maia Directors, a consulting group for organizations and artists engaging with stories from the Middle East and beyond.

Victor Lesniewski was an ANPF winner in 2018 for COLD SPRING. His works include Tentative City, which was part of Roundabout’s Space Jam at Wyoming Theater Festival; Where Bison Run, which was part of Ars Nova Out Loud Reading Series and had a NY Times Profile; and Cloven Tongues, which had its world premiere at The Wild Project in NYC. He has been a semi-finalist for the Princess Grace Award, the P73 Playwriting Fellowship, and the New Dramatists Residency, as well as a finalist for the Heideman Award, and a two-time finalist for the O’Neill National Playwrights Conference. In 2018 he developed work at Northern Stage (VT), Campfire Theatre Festival (ID), and La Mama Umbria.

Play4Keeps Podcast is proudly made by Ashland New Plays Festival, in Ashland, Oregon.