Play4Keeps Podcast | Free full play: THE SCREENWRITER DIES OF HIS OWN FREE WILL by Jim Shankman, pt 2 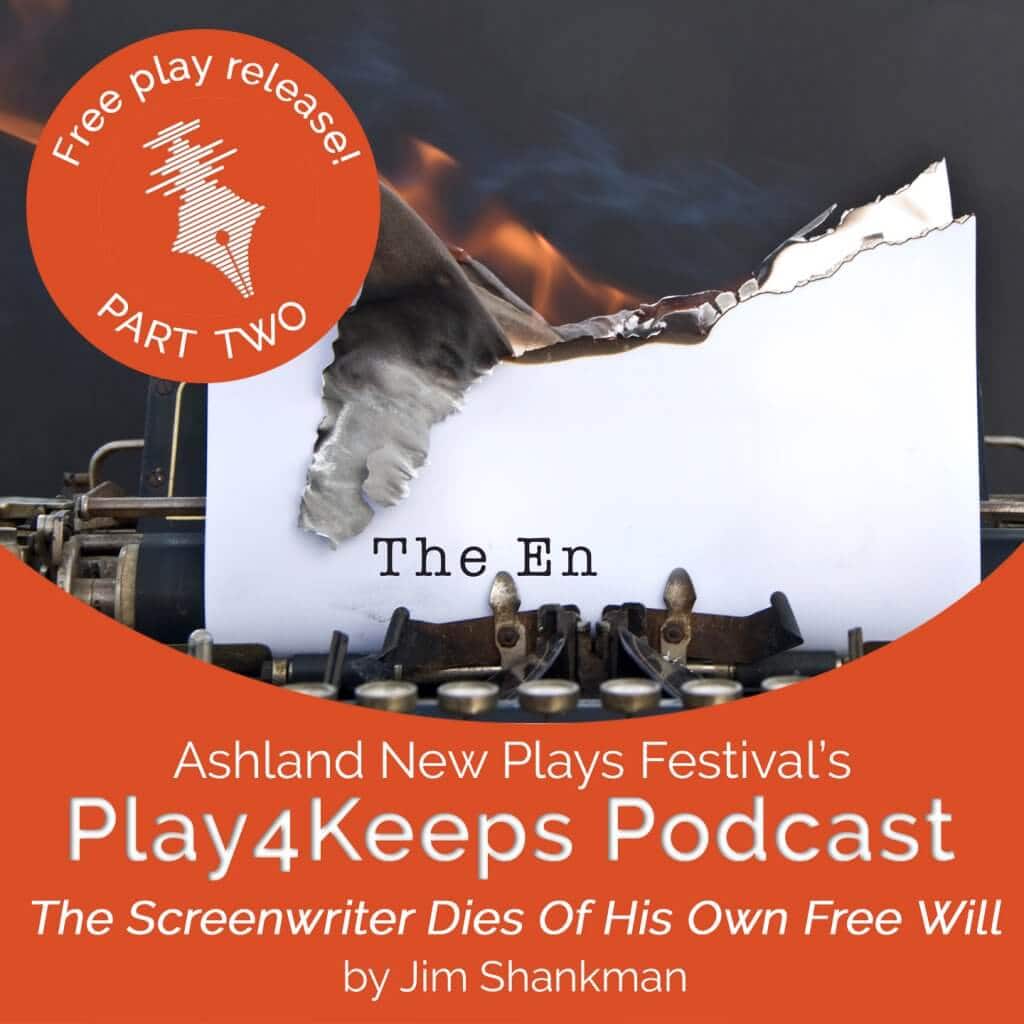 Welcome to part two of Jim Shankman’s metafictional comedy THE SCREENWRITER DIES OF HIS OWN FREE WILL, featuring Denis Arndt and Douglas Rowe with stage directions read by Barret O’Brien. In SCREENWRITER, Willy Shotz is a brilliant and successful Hollywood screenwriter. Producers kill for his stylish violence and ironic sci-fi. But late-stage cancer has graced him with a new vision of art and cinema and a screenplay to go with it. Can he pitch to his old nemesis, Gabe Weiner, and maintain his self-respect? Can he remember his own name in spite of the medical marijuana?

Jim Shankman is a playwright, actor, and novelist. His plays have been developed at The New Group, Emerging Artists Theatre, Abingdon Theatre, New Jersey Rep, Penguin Rep, Michael Howard Studios, and the T. Schreiber Studio. His novel, Tales Of The Patriarchs, is available on Amazon.com. His acting credits include Broadway, off-Broadway and regional theaters, including The Dorset Theatre Festival, Florida Stage, New Jersey Rep and Playhouse on Park. He has a BA in philosophy from Princeton and an MFA in fiction from the Writing Program at Sarah Lawrence College.

Click here to read more about the play and our recording: https://ashlandnewplays.org/play/the-screenwriter-dies-of-his-own-free-will/

Play4Keeps Podcast is proudly made by Ashland New Plays Festival, in Ashland, Oregon.