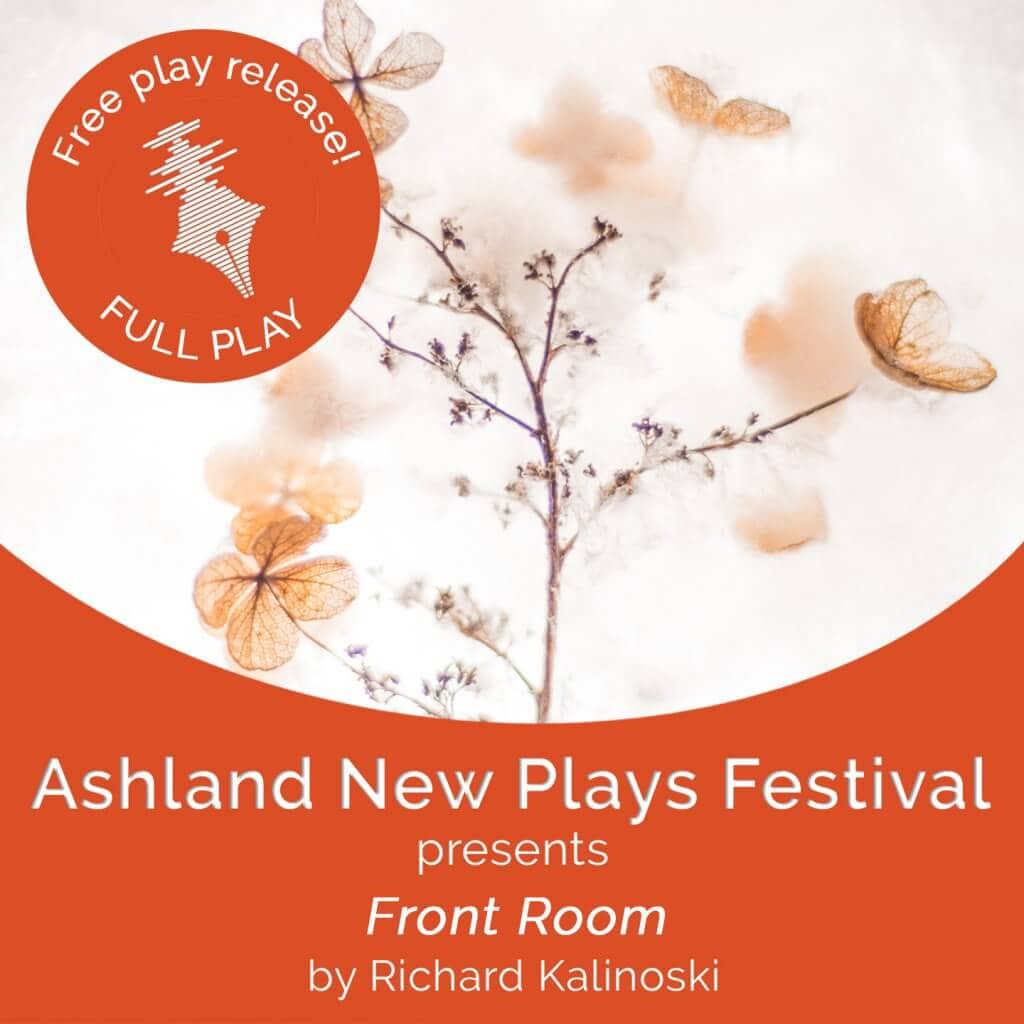 In Richard Kalinoski’s FRONT ROOM, we meet Sandra, played by Vilma Silva. She is a middle-aged theater professor at a small college who is attempting to safeguard her irascible, hoarder mother Abby, played by Brandy Carson. While Sandra begins preparations to direct a production of The Glass Menagerie, a clever, non-traditional student, played by James Ryen, enters her life. Abby, jealous and lonely, discovers surreptitious ways to obstruct her daughter’s opportunity for meaningful connection. This wonderful reading also includes Maddy Fleming as Alicia, Waitress, and Social Worker, with stage directions read by Grant Luecke.

“My work on FRONT ROOM intensified when I discovered the relevance of the archetypal novel Jane Eyre to the circumstances of my main character Sandra. The tone of Charlotte Brontë’s novel—an atmosphere of quiet desperation—struck me as fundamental to Sandra’s life: her growing isolation as she fights to somehow gather patience and kindness in the face of her mother’s overwhelming hoarding…the symbol of which is her exhausting, unsightly front room.”

A Wisconsin native, Richard Kalinoski’s plays have a Midwestern heart with international pulses. His work has been translated into 20 languages and produced in venues all over the world, including Athens, Brussels, London, Moscow, New York (off-Broadway), Prague, São Paolo, and Toronto. His awards include the Osborn New Play Award from American Theatre Critics Association, five Ace Awards, and the Molière Awards in Paris. In 2005, the president of Armenia awarded Kalinoski the Khorenatsi Medal for contribution to the Arts. FRONT ROOM was a semi-finalist at Ashland New Plays Festival 2017 and in 2019 received a reading at the University of Wisconsin.

ANPF’s podcast is proudly made in beautiful Ashland, Oregon.