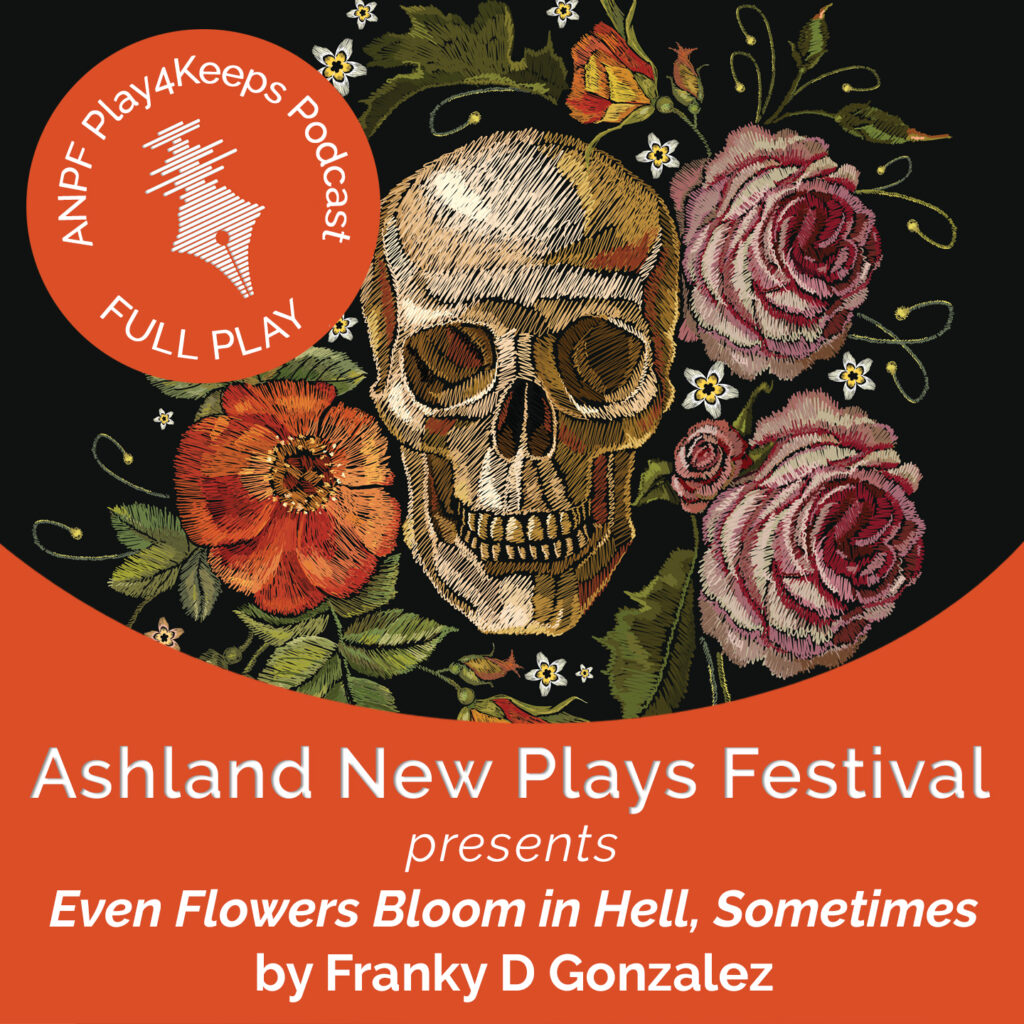 EVEN FLOWERS BLOOM IN HELL, SOMETIMES (A MIXTAPE) by Franky D. Gonzalez is an examination of prison inmates trying to discover meaning in the face of isolation and doubt in their own worth over a 25-year bid. The play explores familial ties, love, race, inmate-correctional officer relations, the passing of time, and the succeeding generation of individuals who deal with the challenges of trying to avoid a life of crime or resigning oneself to becoming a part of the system that swept up previous generations.

The play was an ANPF 2019 finalist and was also a semi-finalist for the Eugene O’Neill National Playwrights Conference. It was selected for development by the Repertorio Español’s Nuestras Voces National Playwriting Competition, the Great Plains Theatre Conference, and the Lark’s 25th Annual Playwright’s Week.

Franky D. Gonzalez is a playwright and TV writer of Colombian descent, originally from Queens, NY, now living in Dallas, TX. He holds a BA in Theatre from the University of North Texas and has had productions and readings with several theatre companies and colleges in the Dallas-Fort Worth metroplex since 2011. He served proudly as the Dramatists Guild Regional Representative for the Dallas-Fort Worth metroplex in 2018. Nationally, his work has appeared or has been developed with The Lark, Great Plains Theatre Conference, Repertorio Español, The Mid-America Theatre Conference, The Midwest Dramatists Conference, A Light in Dark Places, PEN America’s Inaugural Writer’s Resist, and the One-Minute Play Festival with Kitchen Dog Theatre. He recently spent time living in Los Angeles while working as a writer for the popular Netflix series “13 Reasons Why”.

The ANPF Play4Keeps Podcast is a production of Ashland New Plays Festival.