Play4Keeps Podcast | Cultivate Your Voice: A Conversation with Diana Burbano and Tlaloc Rivas 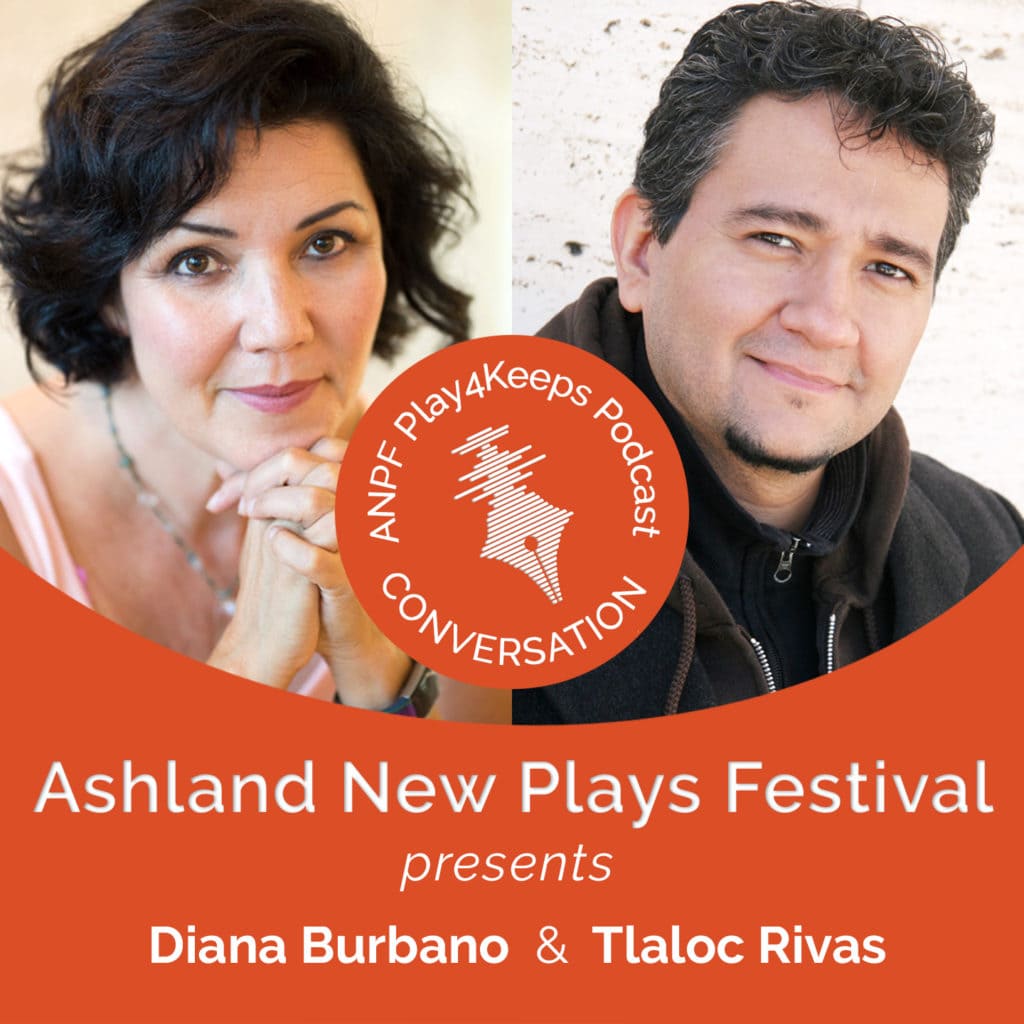 Diana Burbano and Tlaloc Rivas speak to the moment and are as vulnerable and open in this conversation as they are on the page. Their talk weaves through their history of working together, their passion for promoting and advocating for theater artists of color, and how they cultivated their own voices. They also share how they got their start in theater and what advice they’d give to their younger selves:

“Continue to do your own work. Don’t try to make work in order to please or try to get the attention of the gatekeepers or the major producers. Yes, it’s important at some point, but at the end of the day it’s more important to cultivate your voice and cultivate your tribe, to be your champions, so that you can bring them along with you once you get that opportunity.”

Listen to SILUETA by Diana Burbano, Chris Shelton, and Tom Shelton on the ANPF Play4Keeps Podcast, featuring Anthony Heald, Nancy Rodriguez, and Gabriel Michael Goodfriend: https://play4keeps.org/play/silueta/
And tune in to Tlaloc’s Latinx Superfriends Playwriting Hour on HowlRound. Diana will be a guest on June 5. The show is live-streamed on Zoom weekly and features amazing writers and theatre-makers from across the U.S. Learn more and register here: https://howlround.com/happenings/livestreaming-latinx-superfriends-playwriting-hour-diana-burbano

Diana Burbano, a Colombian immigrant, is an Equity actor, a playwright and a teaching artist at South Coast Repertory and Breath of Fire Latina Theatre Ensemble. Diana’s plays focus on female protagonists and social issues. She is one of the original members of the writers circle for Latino Theatre Association/ Los Angeles and is also a member of The Dramatists Guild and The Alliance of Los Angeles Playwrights. As an actor she originated the roles of Ama de Casa in the Spanish version of Menopause the Musical; Thumb in Imagine; and Ana Guerrero in Jose Cruz Gonzales’ Long Road Today/El Largo Camino de Hoy at South Coast Repertory. She was in Oregon Shakespeare Festival’s Latinx Play Project 2016; the Center Theatre group’s 2018-19 Writers Workshop; and is under commission by Alternative Theatre Ensemble.

Tlaloc Rivas is a writer, director, and theatre-maker who creates, develops and directs new plays focusing on the complexity, diversity and history of Latinx people in the U.S. and abroad. He also directs bilingual plays, classical and contemporary pieces, and new work by some of America’s most exciting writers. Tlaloc is a core founding member of the Latinx Theatre Commons and of its online platform, Café Onda. As former Co-Chair of the LTC’s National Steering Committee, he helped organize the largest gathering of Latinx artists in 25 years at Emerson College, Boston. He is a member of the Dramatists Guild, an Associate Member of Stage Directors and Choreographers, and was a Presidential Postdoctoral Fellow at Carnegie Mellon University’s School of Drama.