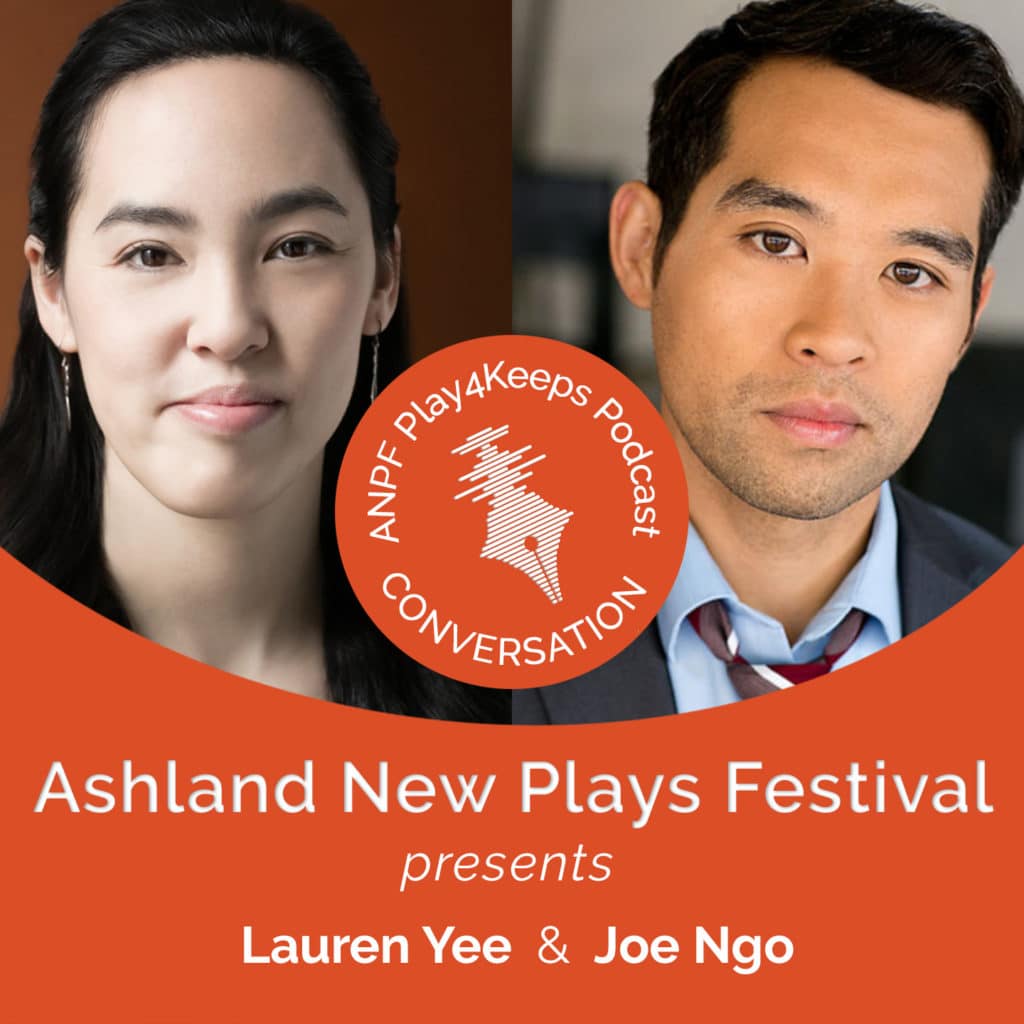 Lauren Yee and Joe Ngo check in with each other from their respective coasts. They share what they’re doing during self-isolation: Joe’s practicing a new language as well as guitar and Lauren’s taking a break from her all-work regimen to enjoy time with loved ones. They ask: “Do weekends even matter anymore?” and “What comes next?” They share their hopes for live theater experiences becoming more treasured post-quarantine and their worries for small theaters surviving to the other side. “People will need a place to put their feelings,” says Joe, “A place to allow themselves to be challenged and at the same time say it’s okay.”

Lauren Yee is an award-winning playwright from San Francisco and was named by American Theatre Magazine as the second most-produced playwright in the country last year. Her recent top honors include the Steinberg Playwright Award, the Doris Duke Artist Award, and a residency with New York’s Signature Theatre. Her play KING OF THE YEES was a winner at Ashland New Plays Festival’s 2016 Women’s Invitational. Her most recent play CAMBODIAN ROCK BAND was one of the top-ten produced plays in the country over the past year.

CAMBODIAN ROCK BAND is an intimate rock epic that tells the story of a survivor of the Khmer Rouge genocide that features music by Dengue Fever, a contemporary band inspired by Cambodian rock bands of the 60s and 70s. An original cast recording of CAMBODIAN ROCK BAND from the Signature Theatre will be available online starting May 8.

Joe Ngo is a writer, actor and musician based in New York City. He most recently starred in and reprised the role of Chum in the NYC Off-Broadway premiere of CAMBODIAN ROCK BAND at Signature Theatre. He was part of the cast for the original workshop of the play, as well as its world premiere at South Coast Repertory and its season-long run at Oregon Shakespeare Festival in 2019.