Play4Keeps Podcast | Behind the scenes: A conversation with Laura Jacqmin and Meridith Friedman 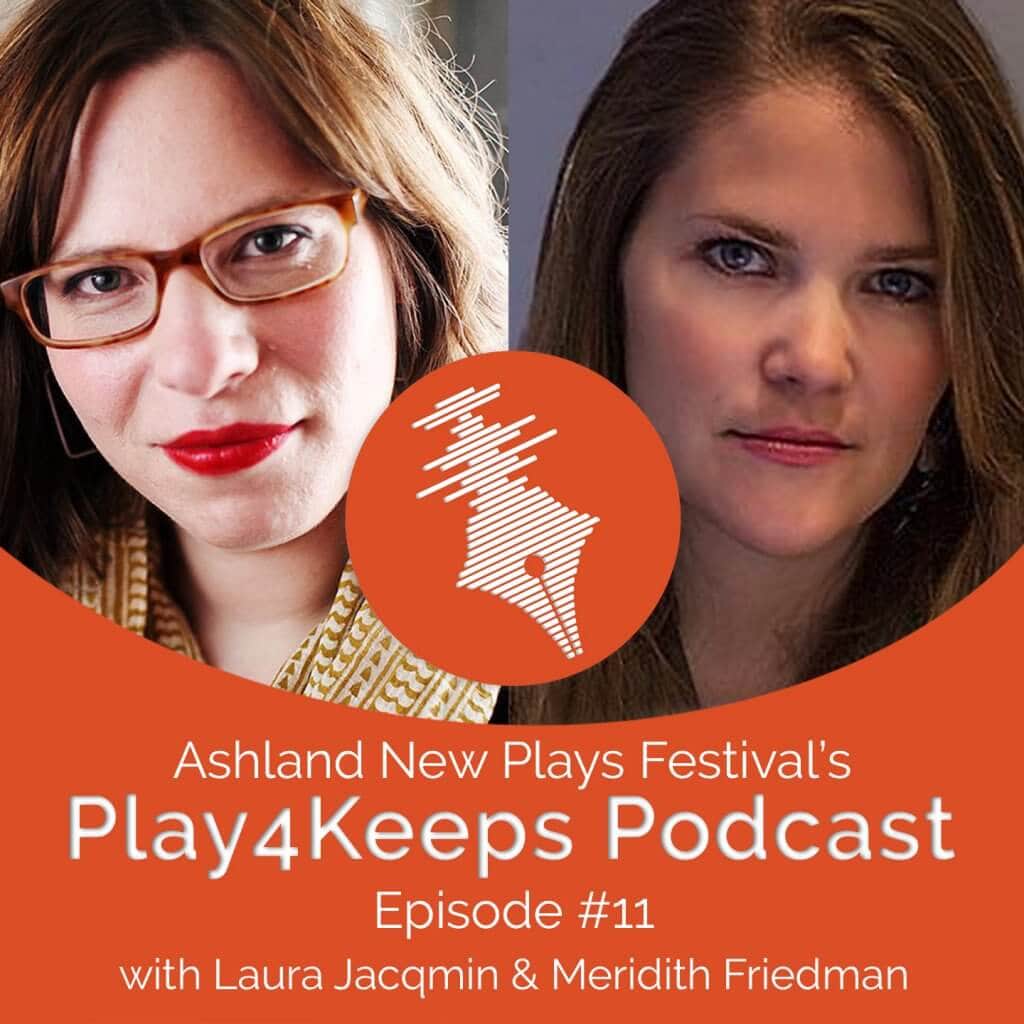 Playwrights and TV writers Laura Jacqmin and Meridith Friedman connect over their experiences in TV world and share how writing for TV has impacted their playwriting, from aspects like collaboration and working under pressure to developing how they tell stories. Laura also talks about the start of The Kilroys, a gender parity initiative that presents an annual list of highly recommended contemporary plays written by female identifying playwrights, as well as her work as a video game writer. They also both talk about what excites them about the LA theater landscape and their dreams for what’s ahead.

Laura Jacqmin is a Los Angeles-based playwright, TV writer and video game writer, originally from Cleveland. She’s currently a writer-producer for the critically-acclaimed EPIX series, “Get Shorty.” She is one of the original founders of The Kilroys and in 2016, she was the host playwright for ANPF’s Women’s Invitational, which featured plays selected by our volunteer readers from a pool of winners from The Kilroys List.
Meridith Friedman is a playwright, TV writer and teacher residing in LA, originally from Madison, WI, and Honolulu, HI. She is a recipient of the Dramatist Guild Writers Alliance Grant and a former Dramatist Guild fellow. She is also a National New Play Network affiliated artist and has participated in numerous NNPN programs and initiatives. Her play THE LUCKIEST PEOPLE was a winner at ANPF 2015 and has since been developed into a trilogy that premiered at Curious Theatre Company through the National New Play Network’s Rolling World Premiere program. In 2018, we brought Meridith back to Ashland and reunited her with the original ANPF 2015 cast to workshop and do readings of the other two plays in the series.
Play4Keeps Podcast is proudly made by Ashland New Plays Festival in Ashland, Oregon.
×
Scroll To Top