Holly L. Derr is a director, writer, and professor of theater, and the Head of Graduate Directing and Artistic Director at the University of Memphis. Her most recent production, Red Bike, by Caridad Svich, ran at the Know Theatre of Cincinnati.

She directs new plays and gender-flipped classics, such as Romeo and Juliet at Opera House Arts at the Stonington Opera House; Harry and the Thief, by Sigrid Gilmer, at The Know Theatre in Cincinnati; and my own play, American Medea. Favorite past projects include As Long As Fear Can Turn to Wrath at Son of Semele Theater, What We Were, by Blake Hackler, and new plays by Gregory S. Moss, Lauren Yee, and C. Denby Swanson.

Originally from Dallas, TX, she holds an MFA in Directing from Columbia University, where she studied with Anne Bogart and Robert Woodruff, and a BA in Dramatic Arts from The University of North Carolina at Chapel Hill. She was the founding Artistic Director of SKT, Inc., a New York-based non-profit theater, and has directed new plays for the Know Theatre, Ashland New Plays Festival, and the PlayPenn New Play Development Festival. She has served on the faculties of Marlboro College, Smith College, and Skidmore College, and has taught and directed at the American Repertory Theater Institute for Advanced Theater Training at Harvard University, The Brown University/Trinity Repertory Company Consortium, CalArts, the University of California at Riverside, and Chapman University. She was the 2017 Producing Fellow at the Oregon Shakespeare Festival.

She is also a feminist media critic who writes about theater, film, television, and pop culture, using the theoretical and analytical tools of the theater to reflect upon broader issues of gender and race. Follow her @hld6oddblend or on Facebook. 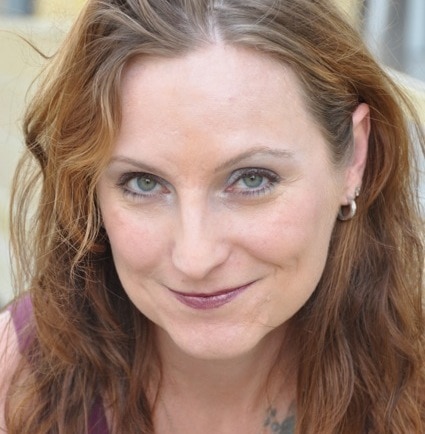