John Pribyl’s roles in 20 seasons at OSF included Shamrayev in The Seagull; Le Beau and Ensemble in As You Like It; Charlie Cowell in The Music Man; Don Armado and Berowne in Love’s Labour’s Lost; Mayor in The Visit; Jim in Humble Boy; Enobarbus in Antony and Cleopatra; Leontes in The Winter’s Tale; Caliban in The Tempest; Richard in Fuddy Meers; Malvolio in Twelfth Night; Joseph Surface in The School for Scandal; Falstaff in Henry IV, Part One; Jaques in As You Like It; Eaton Sylvester in Pravda; Master Ford in The Merry Wives of Windsor; Feraillon in A Flea in Her Ear; Iachimo in Cymbeline; Lord Are in Restoration; Eisenring in The Firebugs; Davey and Leon in The Voice of the Prairie; Fluellen in Henry V; Benedick in Much Ado about Nothing; Father Donnally in The Marriage of Bette and Boo; and Engstrand in Ghosts.

In seven seasons at American Players Theater, roles included Bottom in A Midsummer Night’s Dream; Ben in Death of a Salesman; Nagg in Endgame; Sir B.B. in The Doctor’s Dilemma; Friar in Romeo and Juliet; The Player in Rosencranz and Guildenstern Are Dead; and Lucky in Waiting for Godot. John also played Scrooge at Children’s Theater of Madison. He has appeared at the Utah Shakespearean Festival, where he has played Shylock in The Merchant of Venice; Prospero in The Tempest; and Marc in Art. 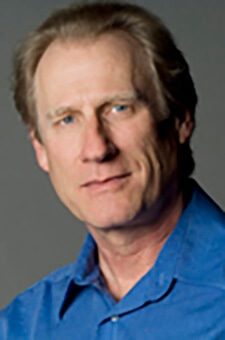