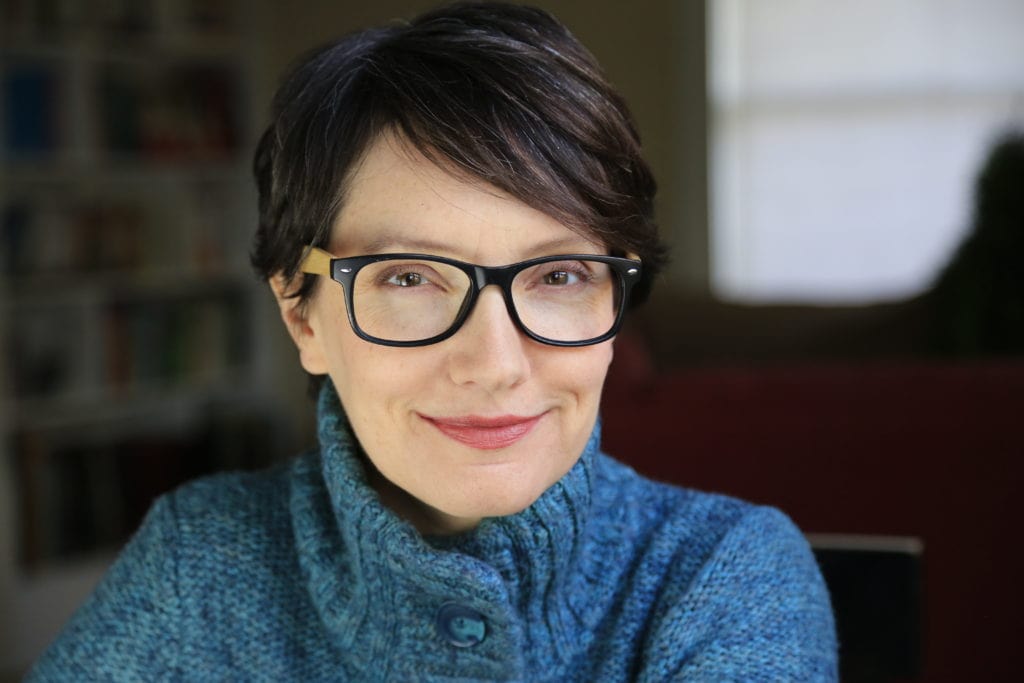 Ashland New Plays Festival is in the midst of a major change in artistic leadership.

Kyle Haden will be completing his 6th and final season as Artistic Director in December, so he can devote more of his energies to the leadership team at Carnegie Mellon University’s School of Drama, where he was recently named Interim Senior Associate Head.

After several months of deliberation, ANPF’s board appointed an artist familiar to its audiences to take the helm. Jackie Apodaca will become Ashland New Plays Festival’s fourth Artistic Director in January of 2021.

“I am beyond thrilled to be stepping into the role of Artistic Director for such an earnest and community-focused arts organization,” Jackie shares. “It’s a special privilege to take up the mantle vacated by my dear friend and colleague, Kyle Haden, to whom I am forever grateful. Kyle led ANPF with passion, humor, and humility and I will call on his wisdom and support as I step into my new role. This is a challenging time for theatre in our country, and I am committed to building our organization’s resiliency while growing our artistic ethos and antiracist practices. I look forward to deepening the ways I serve playwrights, artists, our community, our readers, and the audiences in our diverse and evolving field.” 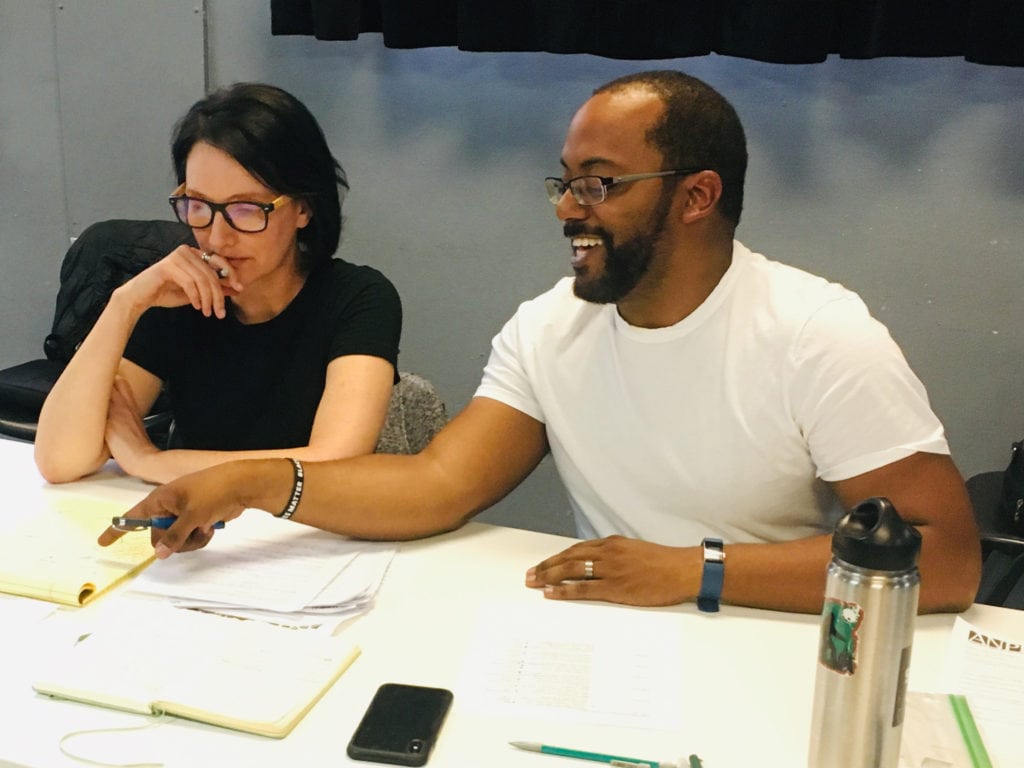 Jackie Apodaca and Kyle Haden during casting for ANPF.

Since joining ANPF as Associate Artistic Director in 2016, Jackie has served as casting director, and regularly acted and directed for the company. She brings an impressive background to her new role. A Professor of Theatre and the Head of Performance at Southern Oregon University, Jackie has worked as an actor, director, and producer in theatre, film, and media, with companies such as Roundabout Theatre Company, Denver Center Theatre Company, National Geographic, Modern Media (Head of Production), Venice Theatre Works (Associate Artistic Director), and Shakespeare Santa Barbara (Producing Director). Jackie is the author of the book Answers from the Working Actor published by Routledge in 2018, and spent more than a decade at Backstage Newspaper, where she was a Contributing Editor. She earned her MFA from the National Theatre Conservatory at the Denver Center Theatre Company. Locally, Jackie facilitates Oregon Shakespeare Festival’s Acting Trainee Program and is a former board member of the Ashland Independent Film Festival. For ANPF, she directed The Night Climber, Go. Please. Go., Constellations, and The Bottle Tree, and played roles such as Kit in EdanEv, the title role in Sofonisba, and Beth in Cold Spring. 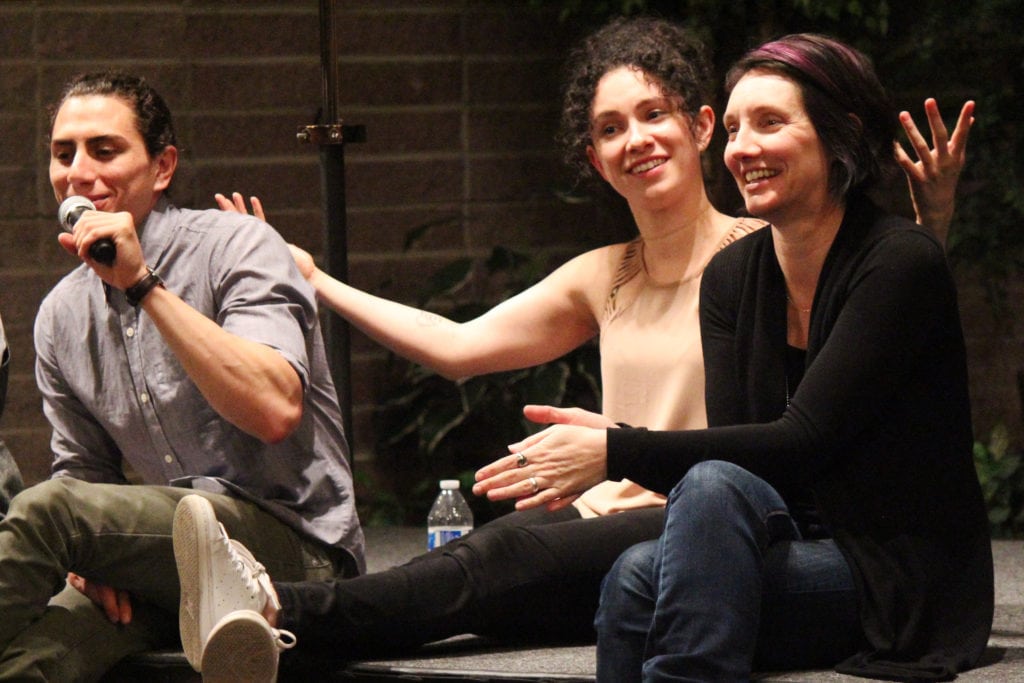 Board president Peggy Moore, who shepherded the transition in ANPF’s artistic leadership, says, “We look forward to Jackie’s leadership in the coming years and are so grateful to Kyle for his important contributions to our company. Kyle brought contacts from across the country to the region, and led ANPF with a depth of experience earned from his work as both an actor and director. He helped ANPF grow and become a more successful incubator for exciting new works.”

“It’s been an honor and a privilege to serve as ANPF’s Artistic Director the past six years," Kyle says. "I’m appreciative of every reader, volunteer, board member, staff member, and patron who has contributed to our success during my tenure. Telling stories is a passion of mine, and it’s been thrilling to be right in the middle of the process, helping playwrights hone their work and perfect it for future audiences. In accepting this new position at Carnegie Mellon, however, it quickly became apparent that it was time to pass the baton to new leadership, to allow the momentum we’ve built up here at ANPF over the last six years to continue. I leave with a sense of pride in what we’ve been able to accomplish: from the success of our playwrights, to our Women’s Invitational in 2016, to our antiracist initiatives put forward this summer. I will always appreciate ANPF taking a chance on a young guy who simply wanted to help people better tell their stories.

“Jackie has been an integral part of ANPF’s success since she came onboard,” Kyle continues, “and I think she’s the perfect person to lead the organization into its thirtieth year. Jackie is committed to community, diversity, and equity, and I’ve witnessed her brilliant work as an actor, director, teacher, and leader over the years. I can’t wait to see where ANPF goes under Jackie’s leadership, and despite our uncertain times, I think the future is bright.”